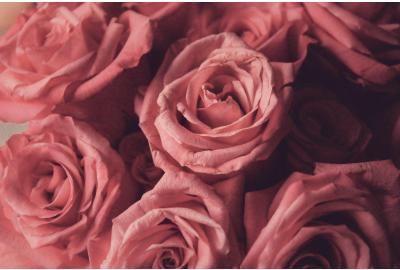 Posted in: Valentine's Day
By Tessa Lye
More from this author

The History of Valentine's Day

When February rolls around, it can seem hard to avoid the mention of Valentine's Day! However, you might not know the rich history behind the 14th of February.

The Feast of Saint Valentine

In the year 496AD, Pope Gelasius I established the Feast of Saint Valentine to be celebrated on the 14th of February. This is recognised to be the origin of Valentine's Day, and it has been a date in Catholic, Eastern Orthodox, and protestant calendars ever since.

Who is Saint Valentine?

There are several Saint Valentines that are traditionally venerated on the 14th of February. Pope Gelasius I established the Feast of Saint Valentine specifically for Saint Valentine of Rome, a Roman priest who performed marriages for soldiers. 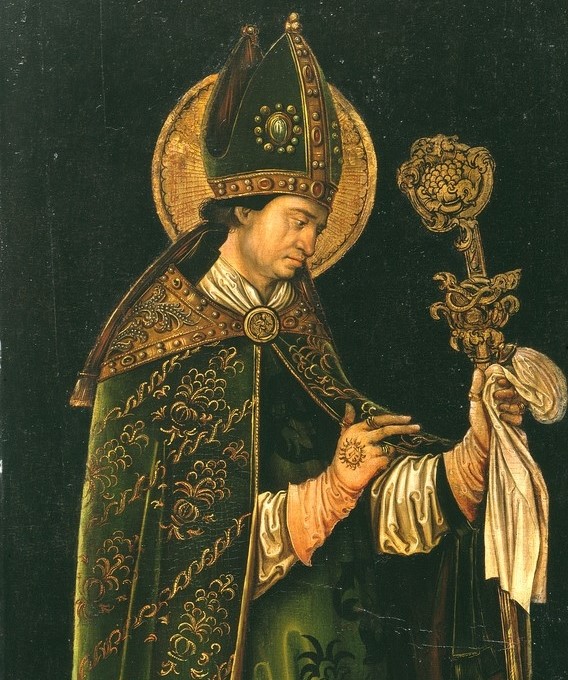 Saint Valentine of Terni, a Roman bishop who was persecuted by Emperor Aurelian, is also celebrated on February the 14th. Some believe that the two different Saint Valentines are actually just different stories about the same Saint.

Is Valentine's Day a pagan festival?

Lupercalia was an Ancient Roman festival celebrated from the 13th to the 15th of February. During the festival, fertility rituals were performed. There was also a custom where the names of young men and women were drawn at random and coupled together. The couples would stay together for at least a year, with the hope that it would lead to marriage.

It is often said that Pope Gelasius I knew he couldn't prevent long-held customs, so he introduced the Feast of Saint Valentine to make Christianity more appealing to local pagans. The idea was that locals wouldn't mind converting to Christianity so much if they could still celebrate their festivals, even if the festivals have a different name.

However, there is little to no evidence that this was the Pope's intention. Furthermore, some historians believe that many beliefs about Lupercalia and its rituals are fictitious.

When did Valentine's Day become romantic?

"For this was on seynt Volantynys day
Whan euery bryd comyth there to chese his make".

("For this was on St. Valentine's Day, when every bird cometh there to choose his mate.")

After this, the Marriage of the Birds became a folk legend and Valentine's Day was seen as a celebration of the beginning of springtime.

When did people begin sending valentines?

The practice of sending love letters, or 'valentines', on the 14th of February stretches back to at least the 15th Century. The earliest surviving example of a valentine is a short poem written by the Charles of Orléans to his wife around 1415.

By the 18th Century, printers had begun producing cards with romantic verses and illustrations for Valentine's Day. By the early 19th Century, Valentine's Day cards were being produced in factories to keep up with demand. 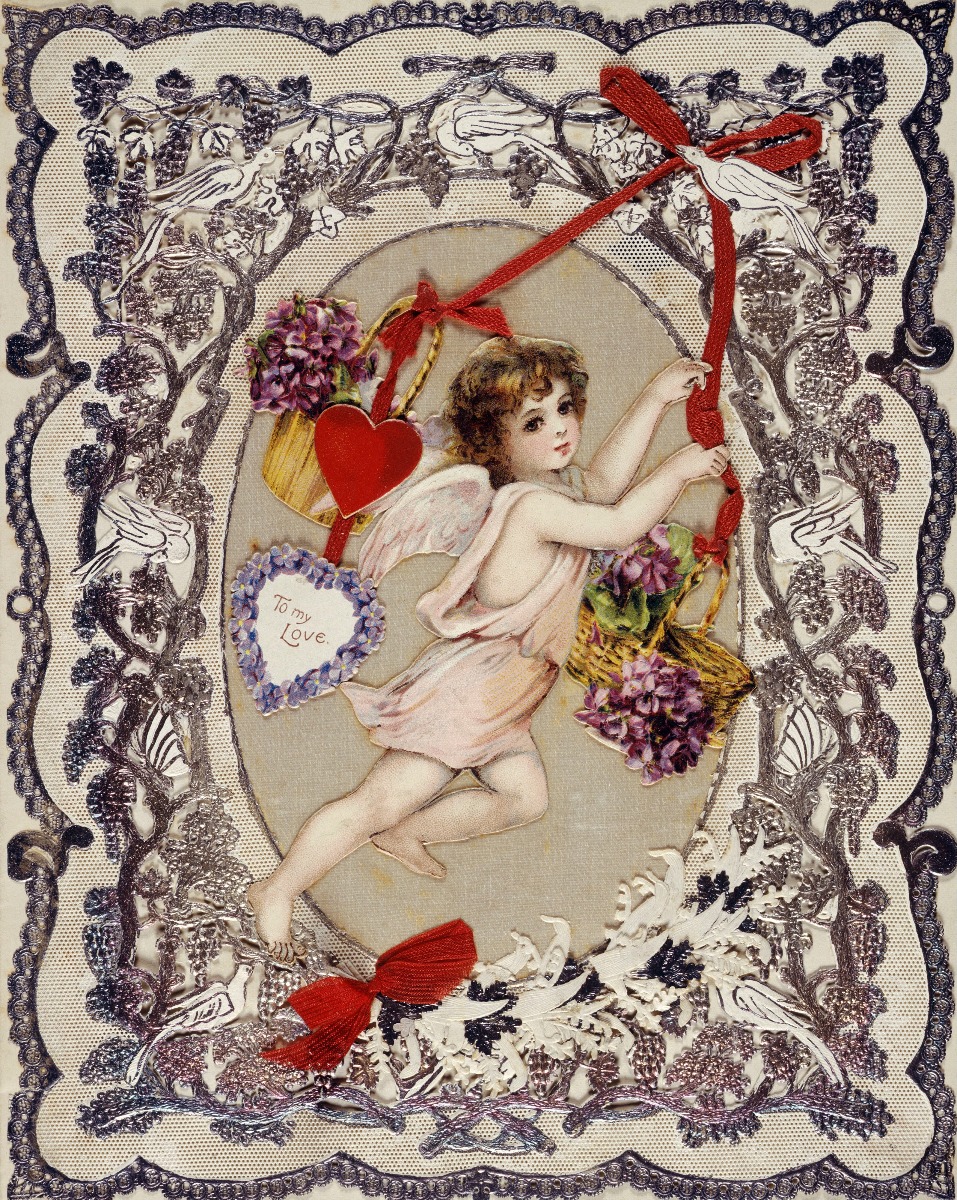 The postal reforms of 1840 made it easier for people to send valentines. It also allowed people to send post anonymously, and people took this opportunity to secretly declare their love.

What gift should you buy your valentine?

With its rich, romantic history, Valentine's Day is a great opportunity to spoil your partner with a special gift. Along with the customary Valentine's Day love letter, chocolates and roses are popular gift options.

Jewellery rose to popularity as a Valentine's Day gift in the 19th Century, as the industrial revolution led to an increase in the production of jewellery.

Diamonds became a popular symbol of romance thanks to successful marketing campaigns in the 20th Century by companies such as De Beers. However, the durability and elegance of diamonds has been revered for centuries. In fact, it's believed that the first diamond engagement ring was given to Mary of Burgundy by Archduke Maximillian in the 15th Century. 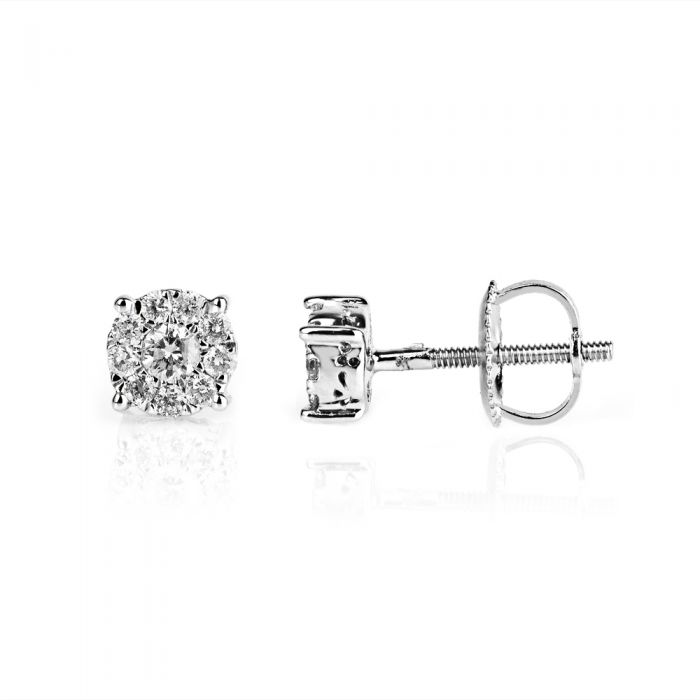 We think it's hard to go wrong with diamonds when it come to Valentine's Day. After all, diamonds are forever!

Saint Valentine of Rome is said to have worn an amethyst ring. Why not impress your valentine with your historical knowledge and treat them to some amethyst jewellery? 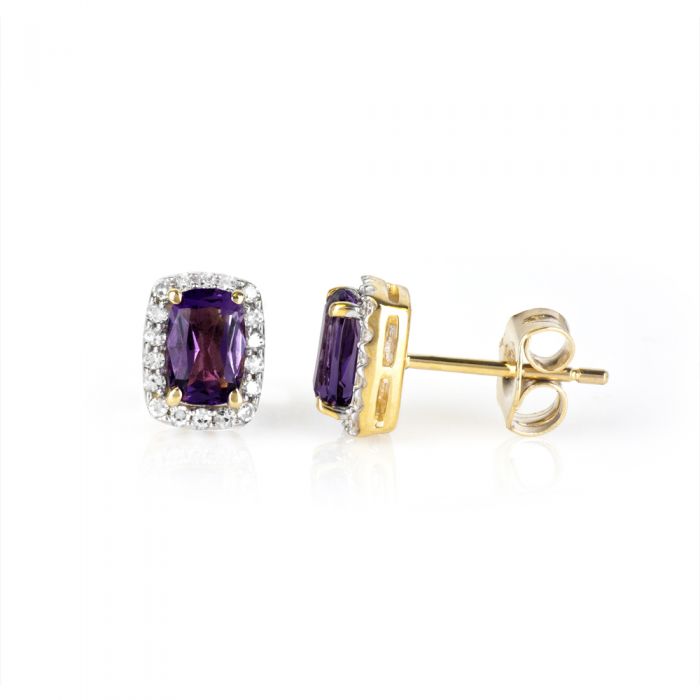 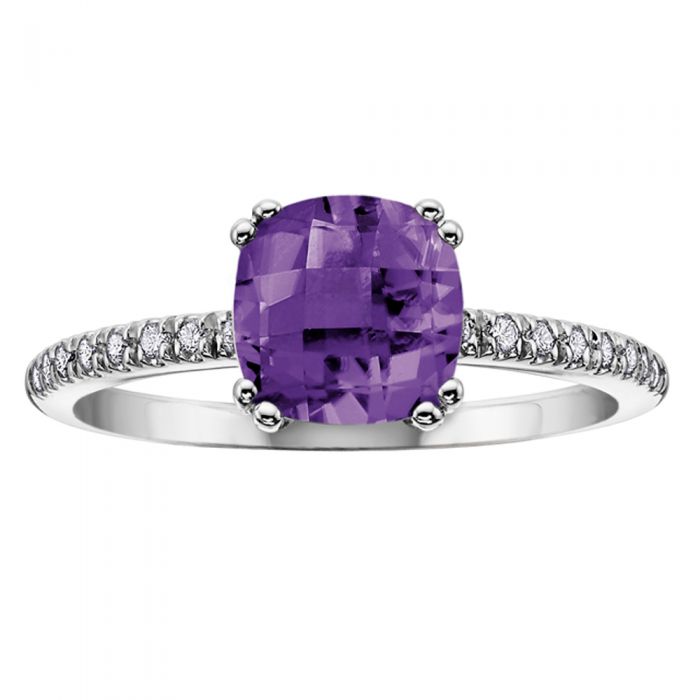 Amethysts have been associated with peace and purity for centuries, and they were associated with love in the middle ages. We think this makes amethysts the perfect gift for a loved one.

Eternity rings are said to have a history stretching back to Ancient Egypt. They symbolise your eternal love, making them a very romantic choice. They're popular anniversary gifts, but they make for brilliant Valentine's Day gifts too.

The traditional eternity ring features stones set all the way around the ring, forming a continuous circle of stones. These rings are a stunning and luxurious gift, especially if you opt for diamonds. 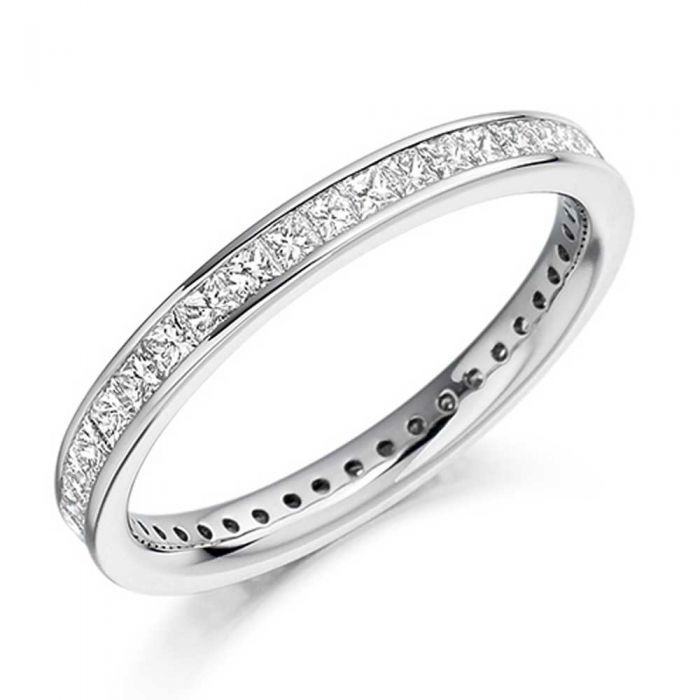 Whilst full eternity rings are beautiful, they are also not quite practical for everyday-wear. The stones that sit on the underside of the ring may come loose with daily wear-and-tear.

This is fine if you expect your valentine will only wear their eternity ring on special occasions. If you're looking for something for your loved one to wear every day, you may want to consider a half eternity ring. 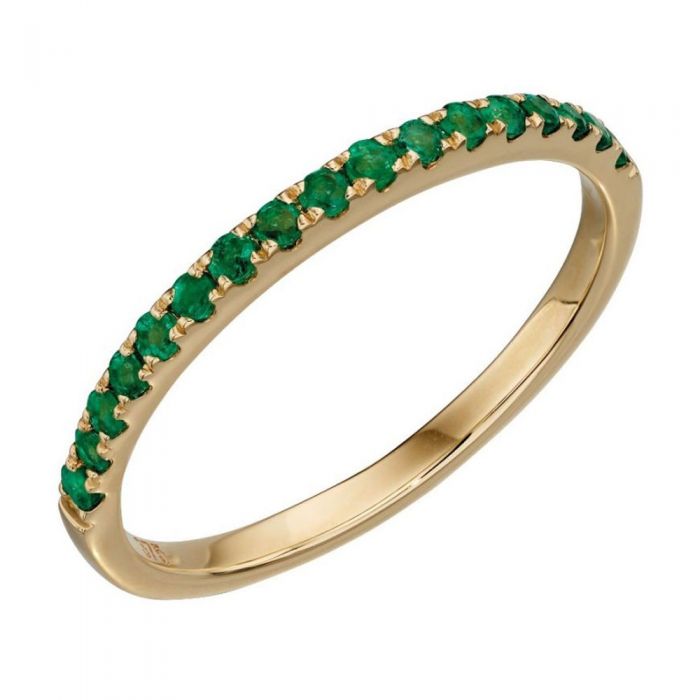 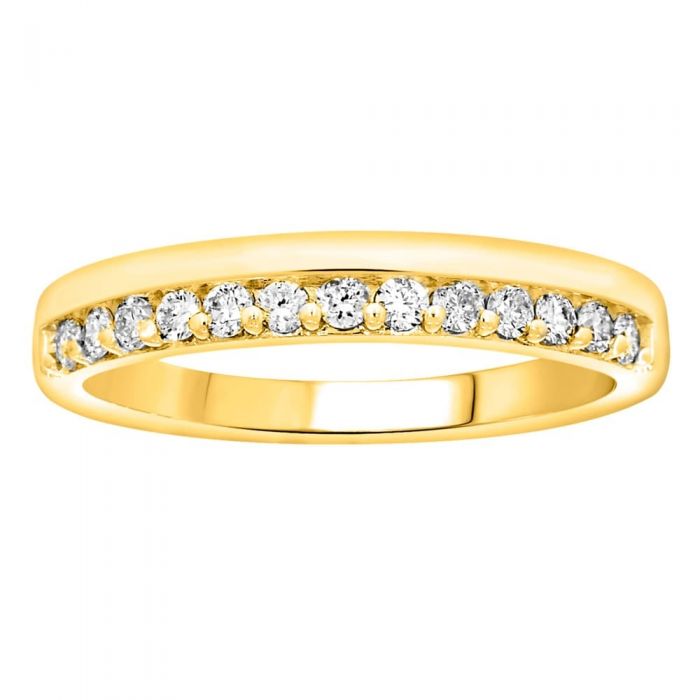 A half eternity ring only has diamonds around the face of the ring. This allows for a more comfortable fit, and the style is more resistant to daily wear and tear.

If jewellery isn't your valentine's thing, why not consider a high-quality watch? 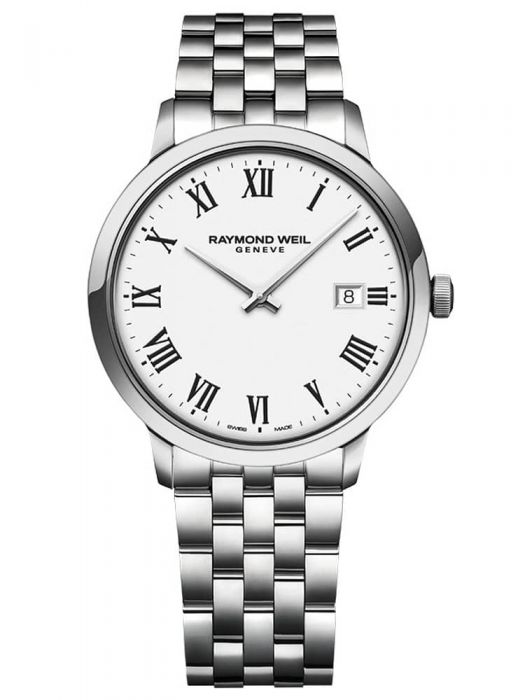 Swiss-made timepieces are regarded as some of the best watches in the world. These watches are made to last, so they're a great way to show your partner how much they mean to you.

If you need a little more inspiration, browse our curated gifts for him and gifts for her collections. With over 130 years in the jewellery and watch industry, you can shop with confidence at T. H. Baker.